This makes the complete schematic (consisting of headset headphones, headset cable with microphone and pusbutton, the headset adapter to be built, and the PC soundcard or mixer) look as follows (omitting unnecessary details): 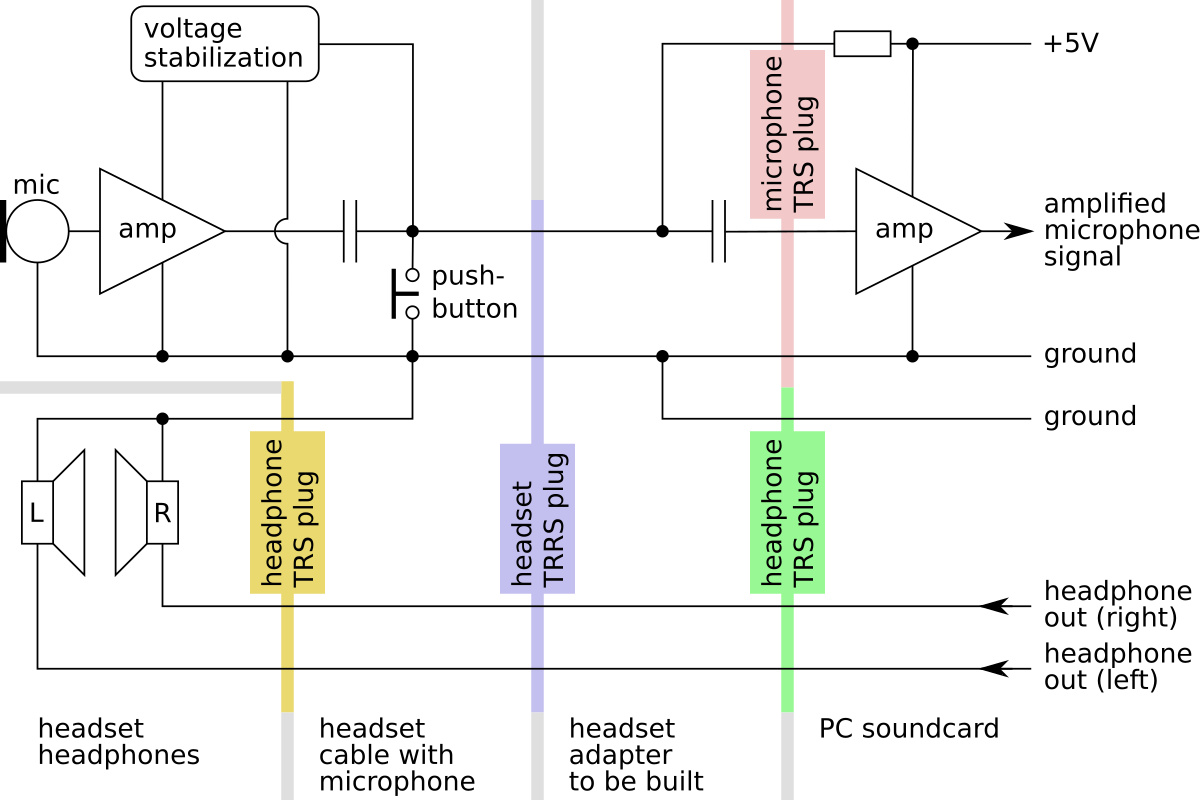 Back to the adapter.

I wanted to hide the adapter circuit inside a block of wood, so just soldering a few wires, heatshrink wrapping them and putting them into a hole drilled for that purpose was the obvious idea:

However, I had run out of heatshrink tubing, so I had to find another way to keep blank contact surfaces from touching: I cut a 3x3 piece from the corner of a piece of perfboard to make the connections:

Actually, I put the headphone cable in a layer below and between the microphone cable and the electrolytic cap, so the whole circuit fits into a 12mm diameter hole drilled about 6cm deep: